DLAP Group is an award-winning corporation focusing on commercial entertainment across the globe.
Founded by Dan Looney and Adam Paulden, they welcomed award-winning audio drama, film, television and theatre producer Jason Haigh-Ellery as a board member in 2017.
DLAP comprises ten subsidiary companies: DLAP Production, DLAP Management, DLAP Accountancy, DLAP Programming, DLAP Venues, DLAP Tickets, DLAP Agency, Creative Rights International, Fourth Wall Live and Ace Pantomimes.
The company has won four Olivier awards for its co-production of Stephen Sondheim’s musical, Company at the Gielgud Theatre in London’s West End. It also received the Best Musical Award at the 2019 Deagu International Musical Festival in South Korea for their production of The Wedding Singer.
DLAP produced the world premiere stage adaptation of The Last King of Scotland, based on the award-winning novel by Giles Foden (Sheffield Crucible Theatre) and the UK premiere of Kander and Ebb’s musical-whodunnit, Curtains, starring Jason Manford (UK Tour and Wyndham’s Theatre, West End).
DLAP’s hit production of the 80’s rock musical Rock of Ages toured the UK and Berlin in 2018-2019 and returns in 2021 and 2022 for a UK and international tour.
DLAP has also produced the 30th Anniversary production of Fame! the musical on tour in the UK, internationally and in the West End (Peacock Theatre), as well as The Wedding Singer on tour in the UK throughout 2017 and at the Wembley Park Theatre in London in 2020, starring Strictly Come Dancing’s Kevin Clifton.
The company produced the legendary Broadway star, Chita Rivera Live in Concert at Cadogan Hall in 2019 and Phantom of the Opera In Concert at Beau Sejour, Guernsey.
This Autumn, DLAP co-produces The Last Five Years at the Vaudeville Theatre in the West End.
In 2020, DLAP launched a major new IP acquisition and development company, Creative Rights International, backed by venture capitalist Patrick Bradley of Station12. The company controls a growing portfolio of theatre, film and TV IP with many projects coming online from 2022.
DLAP also formed a new live events and concerts company, Fourth Wall Live with renowned concert producer, Darren Bell. Fourth Wall produced the Live in London season at the London Hippodrome Casino in December 2019 and will be launching a slate of new concerts and live events from 2021.
DLAP most recently formed Ace Pantomimes with seasoned pantomime producers, Immersion Theatre. 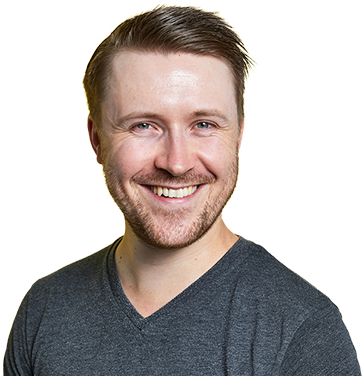 Dan is a Producer, Actor and Composer. He appeared as ‘Elder Poptarts’ in the West End production of the Tony Award-winning musical The Book of Mormon. His previous producing credits include Bouncers, Spring Awakening, The Wedding Singer, Anything Goes and One Night of Impro.

His composing credits include The Confession Room (The Other Palace Theatre, London); Judy – The Righteous (Trafalgar Studios, West End); Swear Our Love (London) and the score to the feature film, Opening Night of the Living Dead. Dan has also won multiple awards as one half of the radio show The Dan and Sam Show. 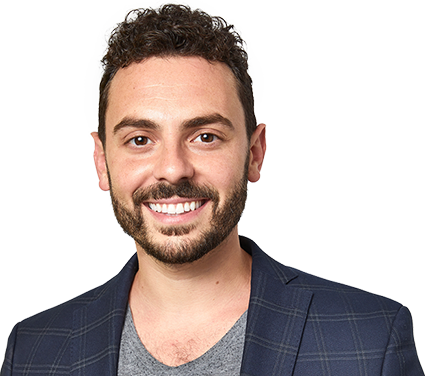 Adam has been producing commercial entertainment for over a decade. He worked for veteran producer, Kenny Wax, for seven years, general managing multi-award-winning shows such as Top Hat and The Play That Goes Wrong. Before DLAP, Adam produced extensively on the London and Edinburgh Fringe, as well as scores of cabarets starring the West End’s leading talent.

Adam started out as an Actor, appearing in numerous radio plays for BBC Radio 4 and 5. He is also a partner in the digital motion picture company, Neopolitan Pictures, and has previously produced, written and directed various TV pilots and short films. www.adampaulden.com 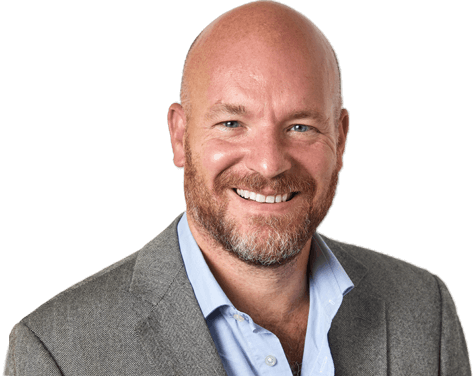 Jason founded Big Finish Productions in 1998 and the company has grown to be the largest independent producer of Audio Drama in the world, working regularly with the BBC, MGM and ITV on Doctor Who, Torchwood, Stargate, Dark Shadows, Space: 1999 and on original series such as The Confessions of Dorian Grey. Big Finish won the BBC Audio Drama Award for Best Drama for Doctor Who in both 2014 and 2017 and the Audie Award for Best Drama in 2019 and 2021. Big Finish Creative in Australia followed in 2011, producing six animated series of Doctor Who and the original 26-part drama Prisoner Zero for ABC and Netflix. Jason has also produced and been involved with a host of television shows including Nadia Goes to Hollywood, Nadia: Chasing the Dream, Strictly Dance Fever and Fame – The Musical.

He is currently Executive Producing a new teen drama with ACTF and Baby Banksia which was filmed in Melbourne in Spring 2021. Jason has worked as Executive Producer on two movies The Time of their Lives (an Amazon #1 comedy) and Mrs Lowry and Son. In 2005, Jason was a founding director and helped fund the creation of the actor’s agency Cole Kitchenn, which subsequently became Intertalent. Jason has now produced 14 West End shows including, Footloose – the musical, Never Forget, Yes Prime Minister, The Ladykillers, White Christmas, Curtains and New Boy. He is an originating producer of The Whatsonstage Awards. He has also been a Producer on 26 touring shows, including High Society, The Steamie, The Wedding Singer, Fame, Flashdance – the musical, Rock of Ages, Wasted, and An Officer and a Gentleman. He was worked with Lythgoe Family Entertainment in Los Angeles since 2010 bringing pantomime to America with such performers as Arianna Grande and Neil Patrick Harris. He is part of the team that received the Olivier Award for Best New Comedy for Jeeves and Wooster In Perfect Nonsense. 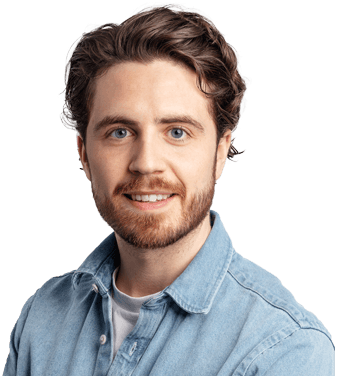 As director his credits include; Blues In The Night - 30th Anniversary (London Hippodrome), Into The Woods (Salisbury Playhouse). As assistant director; Old Fools (Southwark Playhouse) and as associate producer; Party of One and Divallusion, both at the Edinburgh Fringe starring singer impressionist Christina Bianco.

Alongside theatre, Sam has also worked extensively in the field of magic for almost 10 years. In 2016 Sam joined the company of the smash hit magic show Impossible, working with some of the greatest magicians in the world. With over 150 performances including a UK tour, London (Noël Coward), Beirut, Dubai, Singapore and Araneta Arena in Manila. 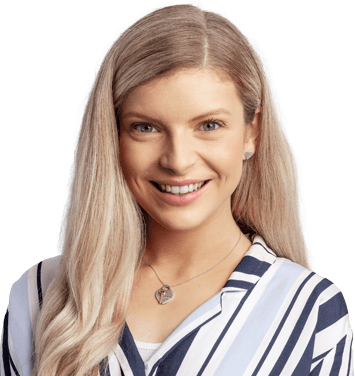 Charlotte Barlow joined DLAP in April 2019 as a Production Assistant. She was promoted to Assistant General Manager in April 2021.

Charlotte trained at the Italia Conti Academy of Performing Arts. Then went on to complete a BA English degree at the University of Southampton graduating with First Class Honours. While at university Charlotte competed nationally in contemporary, street, ballet, jazz and tap squads and took the role of Secretary on the Ballet Society. She also contributed to the university’s media magazine ‘The Edge’, writing reviews for productions at the Mayflower Theatre.

For many years she worked for Pixie Lott’s Performing Arts Academy in her home city of Chelmsford, firstly as a Teaching Assistant and then as Musical Theatre teacher. Additionally, she has worked as an entertainer and performer for ‘The Only Way is Entertainment’ agency across Essex and London. 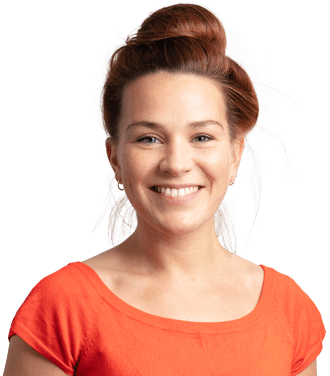 Natalie Bush (Head of Development) Natalie trained as an actor from a young age, studying at the BRIT School and Arts Educational School London. After this, Natalie went on to play Penny Pingleton in Hairspray, Stephanie Mangero in Saturday Night Fever, Susan in Sweet Smell of Success and the Edinburgh Fringe Production of Fresher the Musical.

Natalie joined DLAP Group in 2018 as a Production Assistant. She was promoted to Development Producer in 2020 and then to Head of Development in 2021. She works predominantly for Creative Rights International across a diversified portfolio of rights and projects.

With over 12 years working in sales and marketing at a senior level in the Technology and IT industries, Darren one day had enough and decided to follow a passion.. the rest is history. In the last 10 years Darren, is a prolific freelance photographer in the arts in the UK, and has been very privileged to have worked with hundreds of theatrical and arts based companies including notable companies including BAFTA, The Olivier Awards, Society Of London Theatre, Royal Shakespeare Company, WICKED UK, Prince Of Egypt, Royal Theatre Haymarket, Mark Goucher, Trafalgar, Kenny Wax Productions, Donmar Warehouse, Jamie Hendry Productions, Playful Productions, Jamie Lloyd Productions, Birmingham Stage Company, Donmar Warehouse and proudly shooting the last 6 years of campaigns The MADTRUST.

In 2015 whilst working with the Hippodrome Casino Darren discovered a niche in the form of musical theatre artists that were not being presented in the UK. With that his first UK produced concert was with Broadway vocal power house, Shoshana Bean, who he’s has continued to produce in the UK over the last 7 years. Since 2015 under the name Club 11 London, Darren has produced over 60 concerts featuring some of musical theatres biggest and brightest stars including Chita Rivera, Kelli O’Hara, Sierra Boggess, Laura Benanti, Keala Settle, Tituss Burgess, and Megan Hilty along side many UK stars that include Michael Ball, Cynthia Erivo, Sharon D Clarke and Hannah Waddingham. Darren has formed a strong relationship with Broadway leading man Jeremy Jordan presenting his show in London 3 times growing from a 600 seat first engagement to just shy of 4000 seats for his last UK appearance. 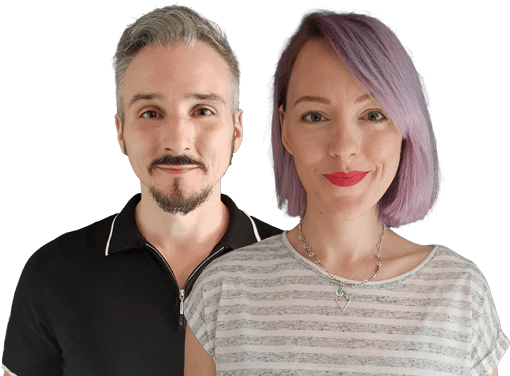 James and Rochelle are founders of Immersion Theatre, a multi-award nominated production and general management company specialising in family theatre and pantomime.

Together, they proudly lead the company’s output and are proud to have built up a notable portfolio of work which, in addition to countless pantomimes and family musicals, includes large-scale musicals, open-air UK tours, and drama.

Rochelle’s strengths lie in general management and producing, having general managed and lead produced every Immersion production since its creation in 2010 as well as multiple productions for external producers and production companies. Additionally, she has designed costume for the vast majority of Immersion’s work and was an accomplished performer before focusing on the production side of things.

James is Immersion’s Artistic Director. He has directed the vast majority of Immersion’s productions including the 2017 UK tour of Our House (nominated for 3 WOS awards including “best regional production”) and all of Immersion’s pantomimes and family musicals. He has also written every pantomime Immersion has produced as well as most of its family shows – including lyrics. In addition to this, he is a seasoned pantomime performer, relishing the roles of comic and villain.

Both are thrilled to be teaming up with DLAP to bring their skills and passion to Ace Pantomimes.

We use cookies on our website to give you the most relevant experience by remembering your preferences and repeat visits. By clicking “Accept”, you consent to the use of ALL the cookies.
ACCEPT
Manage consent

This website uses cookies to improve your experience while you navigate through the website. Out of these, the cookies that are categorized as necessary are stored on your browser as they are essential for the working of basic functionalities of the website. We also use third-party cookies that help us analyze and understand how you use this website. These cookies will be stored in your browser only with your consent. You also have the option to opt-out of these cookies. But opting out of some of these cookies may affect your browsing experience.
Necessary Always Enabled
Necessary cookies are absolutely essential for the website to function properly. These cookies ensure basic functionalities and security features of the website, anonymously.
Functional
Functional cookies help to perform certain functionalities like sharing the content of the website on social media platforms, collect feedbacks, and other third-party features.
Performance
Performance cookies are used to understand and analyze the key performance indexes of the website which helps in delivering a better user experience for the visitors.
Analytics
Analytical cookies are used to understand how visitors interact with the website. These cookies help provide information on metrics the number of visitors, bounce rate, traffic source, etc.
Advertisement
Advertisement cookies are used to provide visitors with relevant ads and marketing campaigns. These cookies track visitors across websites and collect information to provide customized ads.
Others
Other uncategorized cookies are those that are being analyzed and have not been classified into a category as yet.
SAVE & ACCEPT